Plenty of water today from a different Irish source, and its our birthday tomorrow

without further ado, i wish to wish my dear twin sister (relative) a wonderful birthday tomorrow, and i shall be celebrating it with you.  lets hope its a blast. 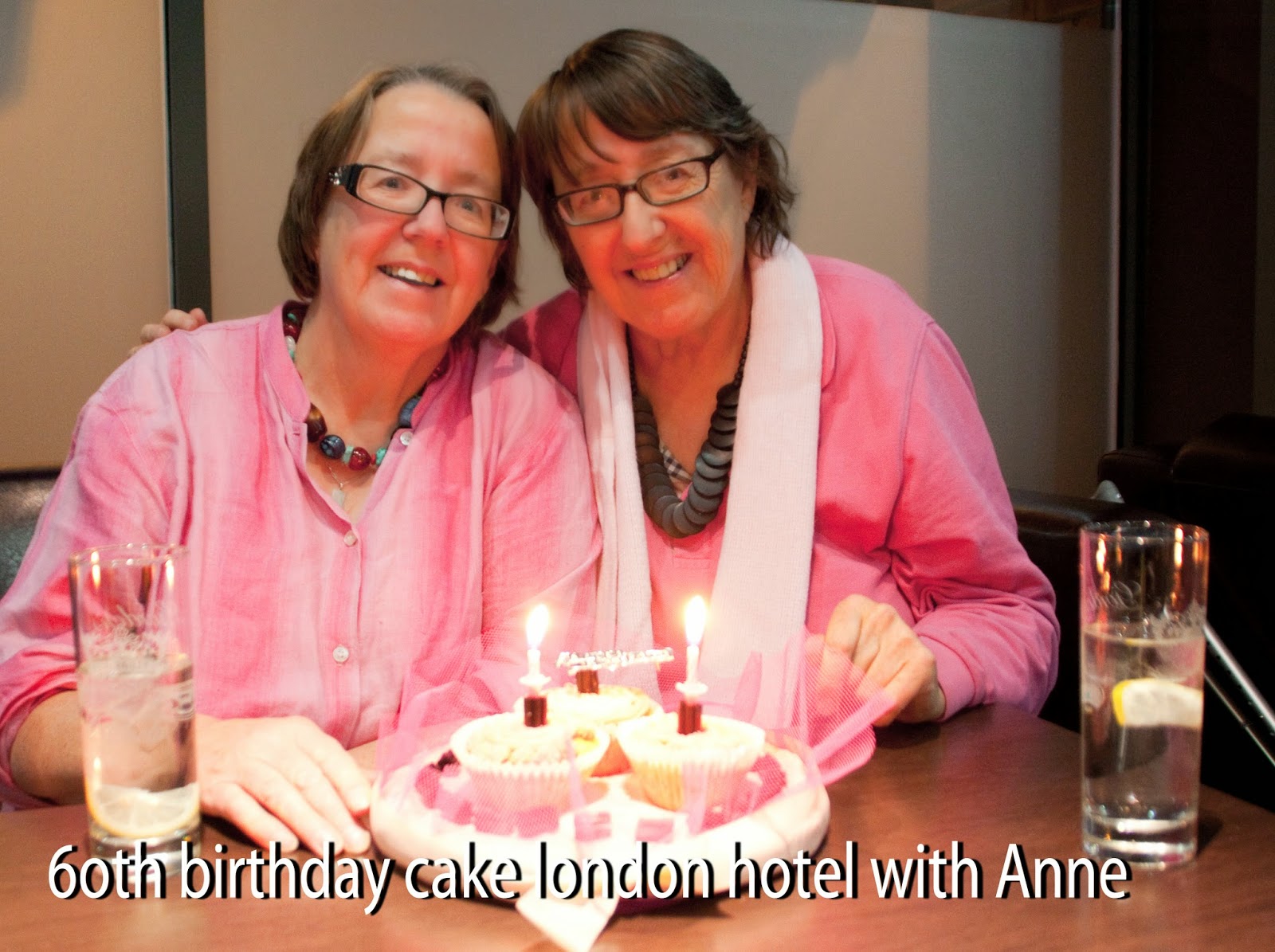 i guess you can say 'today was not one of my better days.'


I woke in diabolical depression, a combo of wondering what the hell life is about - anyway, and wondering do i really have to fight another day for medical needs to be met, something that is the question every Monday.

its a fact, in Ireland it seems relentless, the fighting for basics if sick and unwell and disabled.

reminded today through tears, that this all takes time, that is getting my health needs met and something sorted, takes time.

i say to the person involved 'surely to god three and a half years is enough time?'
there was a stop for consideration.
i think the hesitancy meant, she felt, yes its a while alright and a long time to get a few things sorted regarding health care needs met.

in a person aged 61yrs of age fast approaching 62yrs of age (tomorrow) three and a half years is a lifetime, wasted because of HSE, wasted through bullying, bitching, begging and torturous engagement.

We have had half suggestions 'yes we will'  then there is a pull back an inch 'well, who would if...' then again, 'this is a temporary wheelchair, yes.' followed by 'this is permanent'  regarding the 'yes we will,'  or 'yes we are considering'  that too has now translated into 'no we wont.'

we are talking here, bloody wheelchairs.

when also the same person reminds me that the HSE is broke and Wicklow has been  incredibly hard hit, i say well sure as eggs as eggs they drew on the empty well when finding the top barristers in the land to fight a case AGAINST me in the equality tribunal didn't they?

they have it when it is needed.
that is producing twenty files, all the hSE in wicklow and all that time, time and money for all that time.  spend on defending what i consider something they cannot defend because they have engaged in my mind, dirty practises, all along the way.

I bailed out as you know because i couldn't face it.
was i a coward then?
of course not.
but with FLAC even stating that the Equality Tribunal is anything but equal, you have to consider how can it ever be considered that when i couldn't afford a solicitor or barrister at all.
i was expected to fight against such a brutal organisation on peanuts when they had gold nuggets?

there is another case i have heard of, which is proving even more expensive by far.
it is causing a whooping lot of money both to do what they are attempting to do illegally and doing what they are doing at present, illegally.
strange to say, when they can want to prevent litigation, money is no object.

when they want to smother you too, money is no object.

the fact being Wicklow has over three years and more, done some weird things here.
giving OT's all across the county when we should have in place an OT less than five minutes away but to actually suit themselves, they gave me one fifty miles away and then another forty miles away, this is called MONEY, money badly spent on a whim.
another misspend is defective wheelchairs out to their clients.
hours and hours spent repairing the bloody things, hours of a Workman's time, and far more.
WASTE.

they do not have a one stop shop solution.
sort it at source and move on.
its an idea that the HSe have not grasped.
we sort this issue and then forget it.
to me it amounts to 'simples'  but no, never when we have the HSE involved.
its gyrations on a grand scale, for the like of me i cannot even conceive how they perceive it all to be cost effective.

when another HSE official drew me to the health centre in the name of physiotherapy, i was very depressed.
i told her i was, and it was obvious.
i gave her a bad time too, justifiably.
i had driven to the next town for twenty minute physiotherapy which literally consisted of her pressing a finger into each shoulder at the top and pressing down on the ball and socket joint.
then she turned my head left, and then right, then forward and then back.
followed by asking me to put my arms up and down and back and forth.
now onto the slab of a bench and can you remember what exercises i showed you last time.
i demonstrated for ten minutes and i got finally another print out and then it was out the door, that took all of twenty minutes.
that's mind boggling physiotherapy to me i have to say.
i asked her 'do you mean you got me to drive all this way for THAT!' take out the wheelchair, scoot along to the clinic twenty minutes of asking me did i remember exercises, which she could have asked me over the phone or indeed she could have said 'remember your exercises'  over the phone.

she wanted to question me about all my falls too.
yes well we have been there and done that.
i have been questioned.
the man who questioned apologised today he hasn't been to the house, he was in hospital.
well he has come here three times and done nothing and he has been my twins foot guy for all the time she has been here and she still hasn't got even one pair of shoes, for an inverted dystonic foot.

lets say it was a bad day at the office/
i had received a letter from central command saying no they say we have wheelchairs that suit our needs but the woman mentioned above says, i am to expect another letter from her in the coming days.

jezus they screw you so they do.
why not send one letter.
it goes something like this:

"We would like to inform you that because it is your birthday tomorrow, we realised we had a lottery ticket we failed to cash.
in our good natured way we are VERY pleased to inform you that you are the lucky recipient of (wait for it) a proper powered wheelchair, a proper physiotherapy regime and a proper good fairy in the guise of a psychologist who will help you struggle forth with a neurodegenerative disorder.
he may or may not help you when next you are in a head to head with us!'

on another note, i think i would like to add this little nugget.
someone in my family said that i am not being invited to Christmas because alas the person who is having the Christmas celebrations only really wants the family.
HEY, relative!
relatively speaking....we ARE relatives.
just not married.
but we remain, relatives, of the blood kind, not of the extinct dinosaur kind.
Posted by Awnyah at 12:00 PM