A little distance and a lot of sleep plus connection

Dawn on another day. 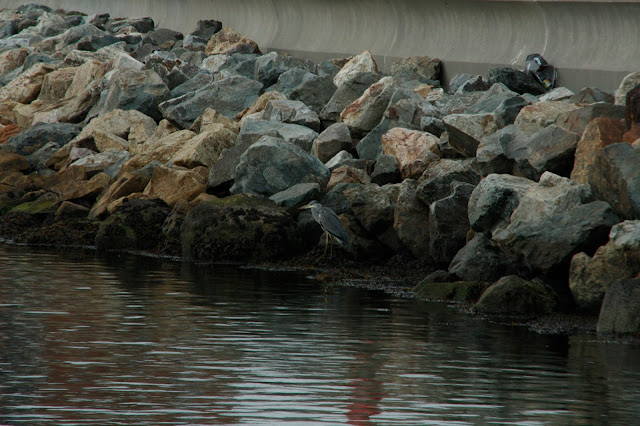 among the rocks is a little soft being hiding against the harshness, hoping to find nourishment there some time...so it waits...patiently.

A little distance, a lot of sleep and a nice bit of connection.

OMG to get away and cause that distance from stress.
so badly needed and known to be so.

the first half day and the night went badly.
i wondered had i done the right thing.

Feeling unwell and jaded does that you know.
Because you feel so not up to adventure even if it was going to be a 'stillness within' and a bail out of my type, but financial burdens yes, for can i afford this, no.

I am known to do this you know.

for a few years i took off to glendalough, to the mountains around the holy sanctum of our Kevin.
there i sat alone in a stone hut and usually was - distraught.

this time not so.
i didn't go to the wilds and sit it out alone.
not that i couldn't cope with that sort of bail out, i could and yearned it over and over and indeed travelled over and over.
this time i am ill and tired, too ill to lie in a hard single bed and stoke warmed from the wood burner.
i wanted very instant softness and closeting.
as in hotel style but i chose that because i needed out quick and didn't know the area.
i am staying here two nights and then it is off to a B&B.

I wanted escape from the HSe, far away and forget them, all of them and you know this is insanity that you run from your new county into yet another, to get away from stress and distressed caused by a health provider.

Its insanity when i say that the Health Provider has dragged my health status downwards so alarmingly so that i became frightened at where it all would end.
Lets hope ending in Co.Wexford will do the trick.
I am now on extended leave as they say.
From the job of the fighting with the HSE.

We now know the wheelchair fell apart and remained in the side room here in the hotel.
I did a great cellotape job on the arm today and that will go up photo style when i click it tomorrow ok?
well i did receive two communications regarding this chair.
I was warned that the local OT had already received an earful by one of the new natives in my new county so i was to be gentle. 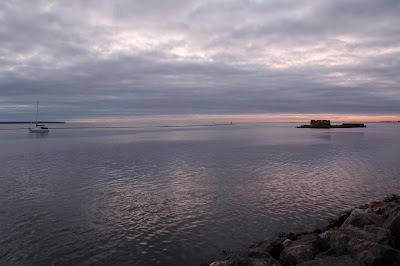 it was so peaceful at touching six this morning sitting on the harbour wall in Wexford Town.
i felt gentle actually cos i guess being away eases it all, it had done anyway and i felt that bit gentle.
driving along with the gizmo in the rear i heard my mobile tinkle.  i pulled off road and spoke with the gentle voice for it was that too.

I learnt something during that gentle call on all sides for a change.
People have felt for me, really have.
some anyway realise now that i have been put through the wringer, and was it actually necessary.
I ask that question, but i think others are as well.
its about time that the tide turned.

i felt that this could be a start.
i have felt it easing already with the other professional within the HSE on the local level.
two women now actually do believe that some how and for reasons unknown i have had a dreadful time and caused by the HSe.

they are dealing with a SICK woman aged 60yrs of age after all!
this that ever strike them?
well, today on the side of the road by a Maxol garage i felt it had.

we spoke gently of the wheelchairs.
i told this healthy woman from the hse that i cannot deal with items like the wheelchairs given us for we, us twins, cannot cope with bits falling off and did she actually think that we could?
i explained to her, gently, that i have never seen my twin in so much pain over the weekend in her butt structure.
that part that hits concrete road hard when struck by a bike in hackney.
this is a butt strike so hard she is wrecked ever since, and since that too she has become sick see, and i want people to remember that.
we are dealing with an injury and post trauma of that injury and we also dealing with further decline in her body aka spine, discs and muscles turning to fat.
yes, they are, actually changing structure.
and she is asked to travel miles on bumpy roads and cracks, cracking her butt along with the dodgy discs so ending in excruciating pain over a full long and very long weekend and more because of sitting and bumping along in a bloody wheelchair from friggin hell.

i had explained then that it was behind me and stuck up with sticky cellotape, yards of it, wrapped in mummy style.
bound and held never to go again, as in fly off.
but also i told her i didn't think it was right in the electrical department, as in it didn't do what it was supposed to do or asked to do. move left when instructed by the joy stick or right when instructed by the joy stick.
so it was now unreliable and dangerous.
i felt too it far more dangerous than a wheel falling off in fact, because of being unpredictable, it could go anywhere and with wheels attached, anywhere could be into the middle of the road and not make the rest of the carcass, when wheels become detached, head for a wall instantly, and come to a stop more or less ins tantly.

she told me that she was documenting all these issues as they occurred.
i giggled gently and told her nicely that i was too, in my blogs.

but i did feel primarily that this lady and the last lady finally heard the truth.  I had been through hell and back with the hse and i had been through a rough time and now paying for it by bailing out costing me money rather than put me in a respite which is where i should be and not in a hotel.
we don't DO respite any more.
we don't seemingly do Health anymore either.

but again i don't fully believe its all caused at local level.
the directives are brutal but i believe some get it more brutal than others, and i happened to be one that was going to be hit, fast hard but also on a prolonged basis, like over five years now but the last two are sentences for the first three, this has been a murder charge sentence.
and its been very tough.

when people Analise stuff like this, underneath a human being is a beating heart.  it causes a thinking process and i believe once people begin to think they begin a process.
lets hope this is now happening.
I couldn't go  on indefinitely with the behaviours of a few cauing mayhem in my personal life because some one called angela merkel of another state tells them to cut down and cut out certain individuals, and in doing so destroy their lives entirely.
I will blame the fact we sold our souls.

and we sold them at the cost of the individual.
the individual who couldn't even make anyone see reason.
make anyone at all take the hand of the aggrieved and end it.
if i had merkel her today and to night my words would not be pretty.
she has slayed a nation, but only the nation who could not feel strong enough to answer back.
the bankers didn't get it.
the politicians didn't really get it.
nor did the upper middle classes or those who actually brought finance into the country as a whole.
those in Avoca didn't get it, but those in the Noggin certainly did!

and here we find that democracy doesn't rule for anyone because we are in a slaughterhouse.
that slaughterhouse is killing souls, destroying faith in humanity and destroying quality of lives for those who could do with it more than the rich.
quality of life is ONE LIFE. it begins at birth and can if you are lucky last for eighty years.
but some do not live that long and even if they did, wouldn't you feel that that compared with billions of years of the earths existence that these creatures should have a quality about them.
we, the nation and the people took billions of years to come to this point in time.
we evolved to live a certain time.
and who kills it all.
humans, who evolved along side those who have it very tough indeed.

so my eighty years is equal to Angela and enda, but is it?
well it is.
and this my friends means wheelchairs that do not lose bits.
a day and night where an individual has a lot less pain than inflicted by health service executives.
a lot more sleep and not suffer two and a half years of sleep deprivation due to worry, pain and thinking of the future.
its been horrible.
i wonder as i sat there on the side of the dirt road, sitting in a van with a gizmo to my rear stuck up with cellotape did i see a glimpse of softness and gentleness between us women there chatting.
that Ann has surely had her belly full of HSE for the past two and a half years and time had now come for it to end and for this one single individual end her allotted time on this planet to the best of the HSE ability. 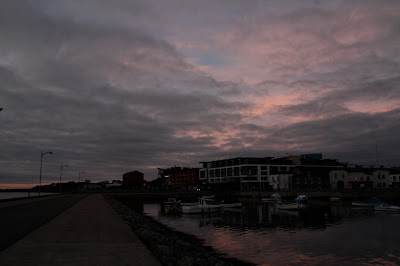 is that a possibility.
lets see, lets see. Lets see.
meanwhile i shall catch up on sleep.
Posted by Awnyah at 12:39 PM