Difficulties arose around Neurological care for me in the public system in Ireland through lack of communication and lack of 'follow-through' of clinical recommendations from many consultants, some also neurologists and some other disciplines.

Notes under FOI sought i found shocking information including a fact that i had had a stroke and no one had informed me.
coupled with suggested tests for:

suggestions regarding CARE PLANS also left completely untouched even though these came from centres of excellence never implemented.

If a person has a stroke, a person a sick person should be told.  the stroke occurred in 2013 no less and this was discovered through FOI in 2016.

Also found on file was an ovarian cyst for immediate attention - this was in 2011 and nothing done until 2016. the cyst has doubled in size and the consultant i showed this to say 'well, if it was cancer you would be dead by now.'
i do not find that very uplifting.

the stress of also not knowing what was going on in the diagnostic fields and no clarity of those tests either had me stressed to the hair roots.
i was asking major questions and getting no responses.

i still have been stone walled.

All my complaints to the hospital group ignored.
HSE have not sorted any of this and i have been sacked by the consultant neurologist who blamed my personality over his lack of interest, care, communication, follow through and his laissez faire attitude to clinical care and governance.

i was sacked and left.
i have been left now for well over 18 months.

the idea now is to go home and die.

the HSE also have their own way of dealing with my healthcare governance.
they have ignored all recommendations for clinical auxillary care too.
'its not going to happen' when they hear the consultants have recommended 'ongoing physiotherapy.
I say 'it hasnt happened' when the clinical experts recommended hydrotherapy in 2009 and its 'not happening.'
The suffering is extreme.


A neurologist who will not engage in clinical oversight and governance and make sure he informs his patients when they have strokes can dismiss a patient rather than answer the serious questions around all of this.

this leaves me and my twin now without any medical or auxilliary care for neurological rarity disease/no diagnostics continued and no oversight for a serious mixed connective tissue disease as well.
we are also now trapped in a country providing no care whatsoever and trapped away from the expertise i can get abroad because of one neurologist behaving badly.

but then who else is behaving badly.

this is a copy and pasted information intro to our National Hospital for Neurology.
they will not take me on saying i only need a general neurologist and its only 'special' if we need surgery and we are outside the catchment area.
this is poppycock, because there is no such thing as 'catchment areas.' in any acute hospital.
the HSE refuse to allow us go to another National Centre even though they advertise as taking people from across Ireland but the HSE demand we stick in this area which is not our wish.
the National centre have a website describing who they permit to come to use their clinics.  they take referrals for all over.
Here is a cut and paste from the website:
Again this flies in the face of the new 'social model' and engaging the patient in an equal role of say in their personal care, it doesn't exist.  It may be policy since 2011.  It may be so, on paper but in actuality, they do not listen, don't care a toss and demand you do as they say while showing the politicians and europe they are forward thinking in adopting the social model and announcing to the world we have also adopted 'NOTHING ABOUT US WITHOUT US (THATS US, PATIENTS)!

Children and adults with a primary physical disability who use wheelchairs in their daily lives. We give priority to people who

Who we accept referrals from

We give priority to people who

About our catchment area

CRC Assistive Technology and Specialised Seating is a national service. It accepts referrals from all parts of Ireland. Clients will be seen for assessment in the clinic closest to where they live. 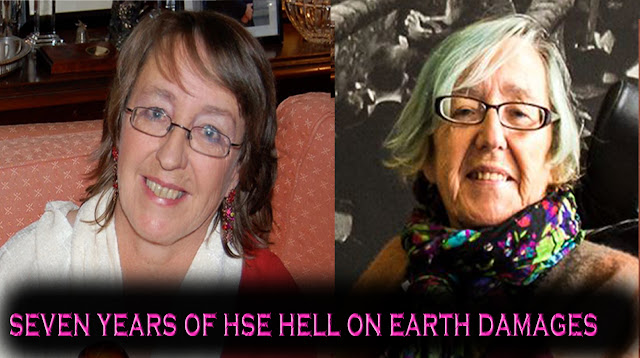 its been a night mare of a journey.
one i cannot get my head around at all.

the HSE offer an independent psychologist and three months later 'pull it.'

the whole system is in chaos, but there is fallout as i am suffering.
there is not one single part of my life covered by expertise in healthcare right now.
not one.
while stretched centres deny us care on very spurious pretexts we fight on to get a morsel from the tables of public healthcare when all the consultants really want is an easy life and money from the private sector.
after that the public are shits, causing shits and too expensive for the HSE, the government and when you are older you can go home and die.
it is outrageous and it has been an obscene journey for the past ten years.
i charge both the hospital groups and the HSE for 'refusal to treat'  also 'neglect' and wreckless endangerment of my life.
we have signed up to the law against torture.
we have signed up to constitutional rights to healthcare.

well i am not getting it, in any shape or form.
someone has to be held responsible and accountable for a MESS on a grand scale.

we literally are being refused healthcare.
if you cannot get it, and are being refused it, thats called refusal of healthcare when once we were in the neurology services we have been pulled from it in a horrible nasty way by an errant neurologist who wouldnt and couldnt answer serious questions.