being who you are/interesting conversations 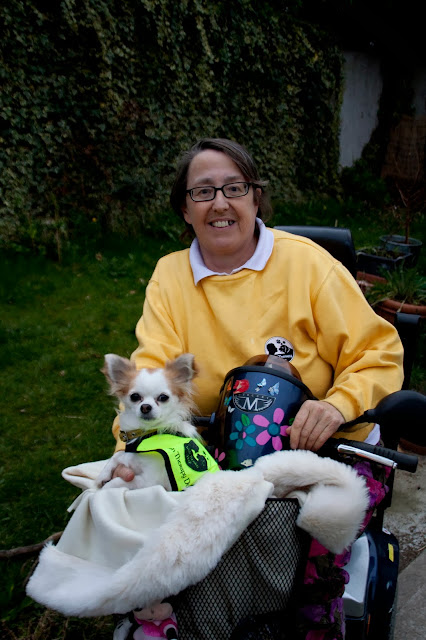 this is a clapped out scooter the HSE demand BACK. its not in any shape now to give to anyone but means the world to me, as very very happy memories are in it.

A brother called.
A letter came
The builder mucked cement
It rained, rained and rained.

today i had a letter that was quite shocking.
it certainly is a long university course, the school for hard knocks.

this letter tells me that blah blah but 'you were uncontactable when we were to offer you a new social housing unit that was more suitable to your needs.'

as for i was uncontactable, well we are not exactly London with over 8.9million people, we are a full country of 4.something million. 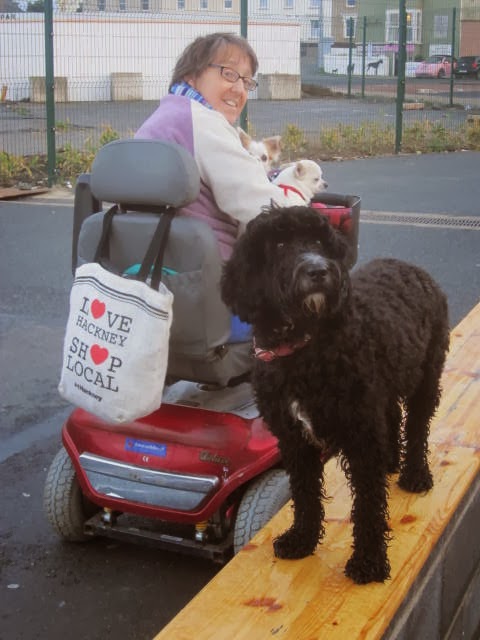 Not to be found in Hackey!

I had not moved far and certainly if i couldn't be found then you should have started to seriously worry and contact the police.

not finding an individual in a country the size of a pimple is a bit of a joke really.
especially a disabled person who had been in contact with the social services, police (anyway due to being shot at) and more besides.
i was known to every doctor imaginable and even the dentist could be sourced.
i have a twin sister and if they couldn't find me they surely could find her so if they couldn't find her either well then our detection of missing persons is utterly useless.

i think our detection on this aspect of tragic life isn't too bad.
so how on earth could they not find me?
open facebook for instance?

look at my art work and local exhibs cos i am there too or should be.
books i have written, there too and known in a minor way with them.

but you know, i can be found.
i wasn't hiding.
i don't think.
certainly the HSE knew where i was, for the social worker in the last place sent a change over letter to the team in this place.
yep.
so i was known.
both areas are co-ordinated by the same managers so the co-ordination is off too.
but we knew that at least, so there i am not wrong.
i am right there so i am. very.

so someone got that wrong too.
but they always get it wrong for nothing that the HSE has done or contributed to my life in any shape or form has been right!
i am right there too.

Oh, now on another matter of the HSE.
i have made the first move in desperation because the HSE were indeed in a nasty process of killing me off, and i was feeling as if my body wasn't going to take anymore of it.
slow slow death in all ways. 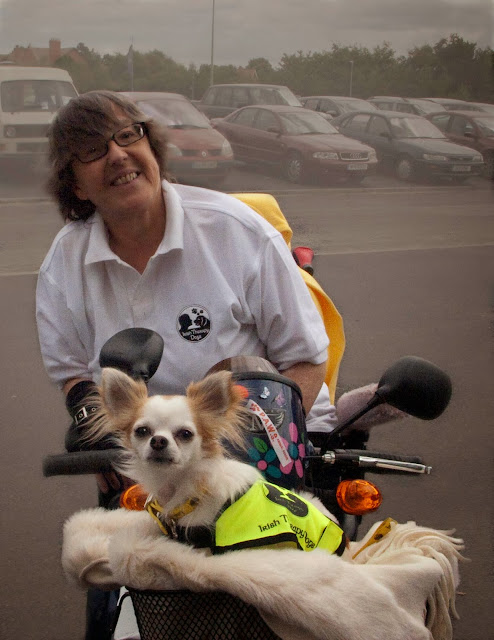 Any one for therapy?
determined in this course of action so i had to take action myself to try and appease the gods.
short of slaying anyone, i made my own personal sacrifice
i better be careful on making jokes abut killing anyone for the last time i had the label of 'dangerous' slapped on me and it has stuck.

so dont ever say metaphorically to anyone in the HSE you feel like killing someone, they dont deal well with metaphors at all.

but i was seriously worried of my fragile state and the way it was going with the HSe.
i felt poorly, very.
the HSe have been slowly making me drown, as if in sucking the life blood out of me.
not so much a sink hole as a stink hole.

i had to try and get them out of me.
they were in my brain, my stomach and my breath.
i am not sleeping because who takes over my thoughts on going to bed, the HSE.
what do i dream of The HSE
why do i cry so much The HSE
and why do i write so  much about the HSE, the HSE , again.
so i made the awful sacrifice of telling them to come and get the powered scooter asap.

they had asked for it back or the wheelchair back, i couldnt have both.
so they said to me.
but there is no policy document saying i couldnt.
both are broke anyway so, both are equally dangerous so i hope they dont give over the scooter to some poor sod and have the wheel shoot off, as happened the clapped out wheelchair they had given me (who did they threaten, when they gave this to me)
ah i should not have said that why?
well when the request of 'either or' didnt work, they changed that to 'someone is waiting for the wheelchair'  yes, they felt then that they were on to a loser with the scooter so switched tack.
finally they were not getting very far there and decided to say i had to give the wheelchair back because it was given by mistake.

yes, so they made strong demands of me to have a wet room because i have a neurodegenerative disorder, they decided that i simply had to have a wetroom but even though i was thus needing this so badly i wasnt needing a powered chair at all it seems?
does any of this makes sense?

so at least one of the bones, of contention has been eliminated.
why the vitriolic response on my blog.

i will explain to you so.
because the day i get a decent kind word or action by the HSE in this neck of the woods anyway I will drop dead with shock.
cos so far in over two years nothing has been positive from them toward me, absolutely nothing
they think me slime that slummed out of the slummer.
no no such language but for sure there isnt any for the HSE.

i am dying to write a good word about the hse.
so i shall wait, for the gesture in return.
lets see if tides turn around here.
if they dont i am not in a sink hole but a whirlpool.

its certainly been that way for a long while, too long.
talking of slime.
or muck or something.

the builder, a worker anyway not the builder per say.  a worker of the builder came at 8am.
and he mucked up cement on a board from 8am til 4pm.
it lashed, now i mean lashed and there he was mucking cement which is a mixture of liquid and whatever but certainly it starts as liquid and how on earth was this supposed to SET next to my house in the torrential downpours.
we had slapping slurping waterfilled cement being slapped against my home and me crying.
all that time.
could i get him to tell me if it was ok.
no, he just continued and shrugged his shoulders when i asked the question 'surely it cannot be good to be putting down cement in this weather?\
shrugg shrugg.
I ring the builder.
he doesnt respond all day.
i ring the architect
he didnt respond either.

so by the end of the day, water was coming out of the heavens and outta me, which is very surprising because i have sjogrens syndrome and little water does come out of me cos there is none much left to in the first place.

thats a moisture dying disease, i have it.
venus williams does too.
its not nice, ask her.  she will tell you its not nice.

my breathing too was off.
it was humid today, despite all the water i couldnt breathe.
but i did once the rain cleared this eve, until i put the heating on and then the breathing went.

when my twin left (thank you twin for staying so long cheering me up) she nearly died tonight and i had a sense of deja vu because her dog legged it out my hall door like a bat from hell across the road and away.
just as happened when i screamed and roared after this same dog and i in my ffffff...ing and b... when the home help was here was labeled 'dangerous.'
i never actually knew that trying to get dogs back in to the house and expletives amounted to dangerous behaviour, especially when we had a dangerous situation of dogs and cars out there and they dont mix that well.

anyway a bit of taste of something there for her.
whatever.
when twin went i turned off the heating and opened some windows.
my breathing is better.

ah forgot to mention the 'interesting conversation' with my brother.
deafness.
yep
we were talking about a deaf couple who had a child and i was asking about the child since grown up.
he noted and said that they were an odd couple.
to which i wondered what he meant.
he told me.
i guess you could say he was explaining me.
but he didnt know that and didnt realise this.
i am very deaf.
this is one of the reasons i can be considered 'sharp.'
how many of you know deafness in your life or others and known to you is a brusque, sharp way of communication, short spurts and gruffness at times with no subletly etc.
did anyone ever get to realise if you dont hear subtle then you cannot do subtle.
its not odd, it makes perfect sense.
also those who are deafened sometimes call a spade a spade and shoot from the hip.
its called direct speech and we are good at it.
it is a product of not hearing enough to learn any other way.
it doesnt mean we are bitch material, bad material, mental material. we are deaf.

when the HSE begin to learn that then the education has started.

i will await developments from the HSE regarding a softening of touch there too, with me giving back a scooter they say they own and yet they owe me 450e which i am not legally entitled to pay on its maintenance.
but they can it seems legally demand it back.
Oh gud don't start.

did i tell you at the onset that the HSE and their ways is now part of my cellular makeup?
i did.
do i like it.
no i don't.
will i lose sleep over it.
very probably.