Scandal upon scandal hits the media daily.
the HSE, its complexity, duplicity and its abusive powerful arrogence also is evident.

dismissal by the Minister for Health, himself now fighting a general election turns a blind eye up until the last minute.
but turns a blind eye too, to a local government motion passed exactly this time last year where he was requested to look into the situation in Wicklow county and the dreadful HSE services in this county.
at first they claim they never heard about the motion being passed, then when it was sent in to them again they state and claim they cannot interfere, yet abuse is occurring in the community, one such horrendous case of Grace hitting media by the hour and day,
Abuse is occurring to sick people in MY community who cannot get help, even though we spend more per capita than any other country in europe and we are dropping down percentage wise in standards a point for ever year in the last seven years.

We have an election!
we are going to VOTE.
I shall exercise the citizens right to place my vote and vote accordingly to abuse, dismissal, neglect, further abuse and the hideousness of a healthcare system gone utterly wild with corruption at every level.
i will also say this internationally and have just done so.
it is pathetic to think that i state in front of an international group of top research specialists and doctors banal findings in a small country going nowhere fast.
i mention to the professors, to young Fellowship researchers placed in Bologna, France, Nijmegen, and the UK, i mention care for those who have rare diseases and sick in ireland.

We have an election, but more so the truth is unstoppable.  because i will make sure at every opportunity i will state how it is in Ireland. its cruel.

its very cruel.
i mention about toe nails being ripped off.
i mention about a doctor, a physiotherapist and a podiatrist all refusing to measure a short leg.
can you imagine how this sounds to professors of clinical excellence>
it must sound pathetic and bizarre but this is Ireland and it is happening.

i mention about wheelchairs being provided that are thirteen years old and shoot into walls because wheels fly and see a fellow adult sufferer with mitochondrial disease sitting in a spaceship of a chair given by the very state and state model we were to instigate here, the dutch model.
alas, that has gone down the tubes, its been forgotten, abandoned, but everything gets abandoned here.

we get policies that are unsustainable instead, all under 6's get free healthcare.
what a boob boob, when the country is in the dire straits, and yet thats right even healthy kiddies are going to be over indulged because it looks good.
it doesnt look good that neglect and abuse if rife for really sick children and adults.

it never looks good to neglect our children and their beautiful care givers of parents.
in holland a very sick child can get hospice one weekend out of three, giving the family time and space to recoup to care again, but its respite, how hard is it for the irish mothers to struggle to get even nappies for their children and a wheelchair the right size for growing babies and children.

and what about adults?
what of their care
it doesnt exist, as i have tried to work with the famous HSE to get the care i need.
barking and bitching about bath chairs, ill fitting cheap stupid shoes that are bought over the net and cause damage to my physical body.
careering into walls and sobbing when a wheelchair crashes and loses a wheel which has been fixed on by wrong bolts.

coming home from Nijmegen i got another missive from our famous HSE, its the same old story.
if the HSE was queried on why they amputated a good leg from the knee down they would stand up and say, to equalise it with the bad leg!
it is that bad.

they have an answer for everything and people in ireland are too darn laid back to do anything about this or kick ass about it.
but i am not.
but i do know that Elja at Nijmegen says to me, 'do they not know that stress kills mito' i tell her, i say it to them, i say they are killing me and i feel it, my body tells me it and i am not sleeping any more.
WE HAVE A COMPLEX DISEASE AND A CARE PLAN FOR A COMPLEX DISEASE
today i received my meds of cannabinoid to ease my pain.
and still the HSE cannot see how distressed how ill i remain and am.
nor can my neurologist, who like everyone else has been muzzled by the HSE not to spend money on a 63 year old.

and this is what is happening when we try to get care package worked out and costed.
no one will do it, because the HSE is everywhere, involved everywhere and you will not do anything to upset the HSE.
we are not in ireland, we are in Mafia land, full square in mafia territory, no better than that.

NOW FOR THE FRIENDSHIP, SOLIDARITY, WORKING TO 'MAKE MITO VISIBLE - IN IRELAND' AND LIFE LONG CONNECTIONS THAT EVEN MY COUNTRY CANNOT ROB EITHER MARGARET OR MYSELF OR OTHERS WITH MITOCHONDRIAL DISEASES IN IRELAND TODAY OR THE FUTURE.  WE KNOW OUR FRIENDS. 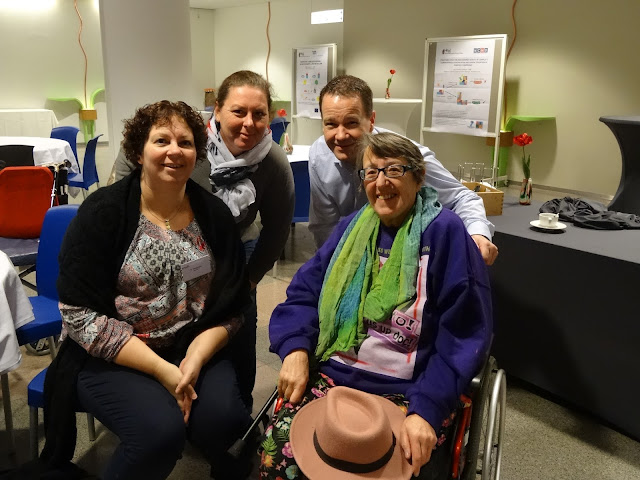 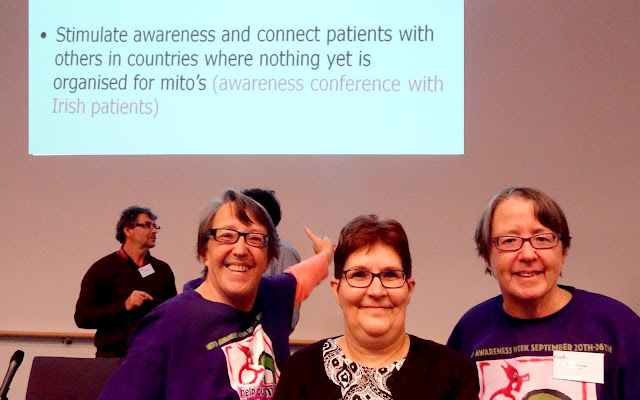 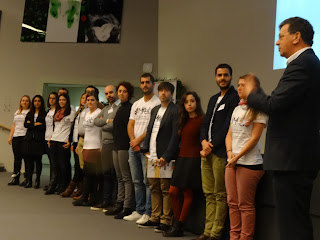